Posted on April 3, 2008 by
This entry was posted in Jessica Lacher-Feldman, T.P. Thompson Collection. Bookmark the permalink. 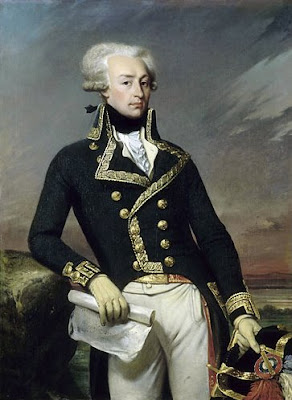 It was on April 3, 1825, during his tour of the United States that French general and Revolutionary War hero the Marquis de Lafayette was entertained at Montgomery with great fanfare — so much fanfare, in fact that Governor Israel Pickens spared no expense for Lafayette’s visit to Alabama. His visit actually expended more funds than existed in the state treasury! Lafayette also visited Cahaba and Mobile as part of his tour of the state of Alabama.

The Hoole Library’s holdings in this area are not vast by any means, but there are a few interesting things that further illustrate the lavishness and significance of Lafayette’s visit to the state of Alabama 183 years ago today!

Donated by Patrick Cather, Hoole a small collection of typescript copies of financial materials relating to Lafayette’s visit in our manuscript collections. The bill of fare furnished by J.B. Houer included six hams, 8 roast turkeys, 6 roast pigs, 24 fowls, 12 ducks, 6 dishes roast beef, eight dishes mutton and kid with the necessary trimmings, and vegetables in proportion…. (one can only imagine the trimmings and vegetables needed to set off the array of meats listed) 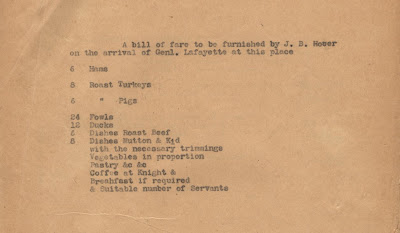 Additional materials were donated by D.L. McCall, including research materials for an article he wrote on Lafayette’s visit to Alabama in April 1825. The paper was subsequently published in Alabama Historical Quarterly, Vol. Seventeen, 1955. One letter, written by Governor Pickens to Lafayette expresses such unbridled excitement about the prospect of Lafayette visiting Alabama.

It reads, in part, “Never on any occasion in my life have enjoyed so valued an honor that now afforded me of being the medium of communicating to you the cordial sentiments of my fellow citizens. Although this new state has only within a very few years been admitted to the American family of republics (Alabama became the 22nd state on December 14, 1819!) and but recently indeed has the territory it occupies emerged from a wilderness; yet its inhabitants are the immediate descendants of your companions in their great first struggle for liberty and they are not insensible that most of the soil they inhabit and the valued privileges they enjoy from a portion of the patrimonial inheritance then achieved. And altho our infant institutions have not sufficiently matured to promise you that animating display of the monuments of the arts, which you have witnessed with gratification in some of our elder sister States; Yet of one truth I assure you that nowhere will the veteran friend of liberty and of man, receive a more cordial and united welcome.” 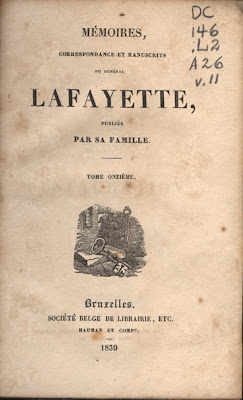 This entry was posted in Jessica Lacher-Feldman, T.P. Thompson Collection. Bookmark the permalink.