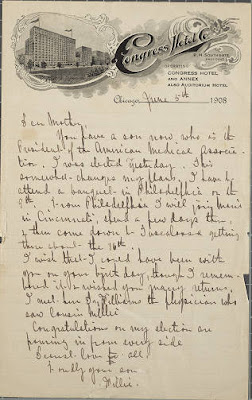 The item featured above is part of the UA Libraries’ contribution to AlabamaMosaic — an online repository of digital materials on Alabama’s history, culture, places, and people that was developed to make unique historical treasures from Alabama’s archives, libraries, museums, and other repositories electronically accessible to Alabama residents and to students, researchers, and the general public in other states and countries. AlabamaMosaic was initiated under a grant from the Institute for Museum and Library Services (IMLS) and is now administered by the Network of Alabama Academic Libraries (NAAL), with several repositories contributing.

The letter featured here — written one hundred years ago this month, in June of 1908 was to Amelia Gayle Gorgas from her son, Willie, or William Crawford Gorgas. His great opening line — “Dear Mother: You have a son now who is the President of the American Medical Association” just about says it all. The letter sends regrets for not being there for his mother’s birthday, but that he will arrive around “the 16th”.

This letter, while of huge sentimental and historical significance is also a great example of the elaborate letterhead designs found in our collections. Cool@Hoole will be featuring some interesting letterhead as an occasional series — the letterhead designs themselves are of great interest to those interested in commercial printing, printing history, and business and institutional histories. Stay tuned for many more intriguing (and cool!) letterhead designs! 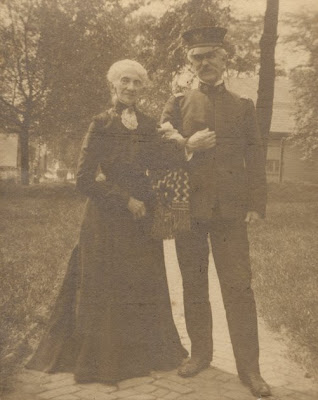 Selected materials from the William Crawford Gorgas Papers are featured in AlabamaMosaic, and are part of UA Libraries’ Digital Collections. This important collection provides great insight into the life this “Enemy of Disease” — the man who is credited for eradicating Yellow Fever.

William Crawford Gorgas was born October 3, 1854, in Toulminville, Alabama, near Mobile. His father, Josiah Gorgas, was a native Pennsylvanian and an 1841 graduate of the United States Military Academy. Josiah Gorgas was an ordnance officer in the U.S. Army and commanded the Mount Vernon Arsenal, north of Mobile, Alabama, where he met and married Amelia Gayle in 1853. Amelia Gayle Gorgas was the daughter of former U.S. congressman and Alabama governor John Gayle. During the Civil War Josiah Gorgas joined the Confederate Army and rose to the rank of brigadier general and Chief of Ordnance. (The Josiah and Amelia Gorgas Papers are also part of the holdings of the W.S. Hoole Special Collections Library — but that’s a whole other story….) 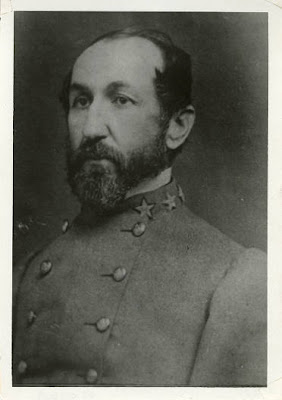 In 1875 William Gorgas graduated from the University of the South at Sewanee, Tennessee, where his father Josiah served as vice chancellor. He then entered Bellevue Hospital Medical College in New York, graduating in 1879. The same year his father was named president of The University of Alabama, a position he held for only one year due to illness.

William Crawford Gorgas joined the U.S. Army in 1880 as an assistant surgeon. Throughout the 1880s and 1890s Gorgas served in various posts around the United States, including North Dakota, Texas, and Florida. He married Marie Cook Doughty of Columbus, Ohio, on September 3, 1885. They had one child, Aileen.

Having survived yellow fever while stationed in Texas, Gorgas was often ordered to work in areas where yellow fever was a known hazard. Consequently he was stationed at Fort Barrancas, on Pensacola Bay, Florida learning more about yellow fever. During the Spanish-American War the Army gave Gorgas the command of a hospital in Cuba, where there was a yellow fever outbreak. A year later, in 1899, Gorgas was appointed chief sanitary officer of Havana, Cuba, where he eradicated yellow fever by controlling the mosquito population. 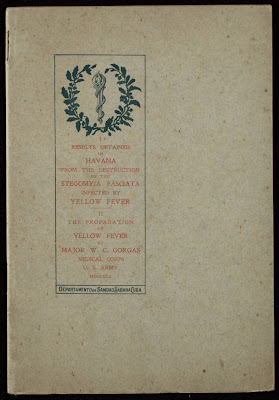 Cover of article on eradication of yellow fever in Cuba by W.C. Gorgas

As a result of his success in Cuba, Gorgas was reassigned to Washington, D.C., in 1902 to develop sanitation plans for the proposed work on the Panama Canal. Gorgas arrived in Panama in 1904 and began efforts to eradicate disease in the Canal Zone. Despite internal opposition to his work, Gorgas managed to eradicate yellow fever from the Canal Zone and created a sanitary environment for workers and residents. By this time, Gorgas received international recognition for his skills and knowledge of sanitation and disease prevention, acting as consultant to other countries including South Africa. 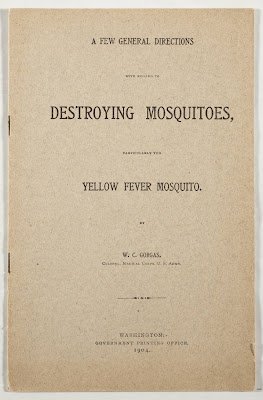 Cover of article on destroying mosquitoes by W.C. Gorgas, 1904

He was appointed Surgeon General of the Army on January 16, 1914, and promoted to the rank of major general. Gorgas served in this capacity during World War I and retired on October 3, 1918. He continued his work on disease prevention and served on the International Health Board, which took him to England in 1920. While there he suffered a stroke and died on July 3, 1920. After a funeral at St. Paul’s Cathedral, Gorgas’s body was returned to the United States and buried in Arlington National Cemetery.

His legacy persists, most noteably in areas relating to his work as a groundbreaking public health official and expert in tropical medicine. The Gorgas Memorial Institute of Tropical and Preventive Medicine, Incorporated, which operated the Gorgas Laboratories in Panama, was founded in 1921 and was named after Dr. Gorgas. The Institute was moved to the University of Alabama Birmingham in 1992 and carries on the tradition of research, service and training in tropical medicine. The Gorgas Course in Clinical Tropical Medicine is sponsored by the University of Alabama School of Medicine in conjunction with Universidad Peruana Cayetano Heredia in Lima, Peru.

Additionally, Gorgas Hospital was a U.S. Army hospital in Panama named for Dr. Gorgas from 1928. Now in Panamanian hands, it is home to the Instituto Oncologico Nacional, Panama’s Ministry of Health and its Supreme Court.