Robert Loveman: Poem, Song, and a little Jewish History Too! 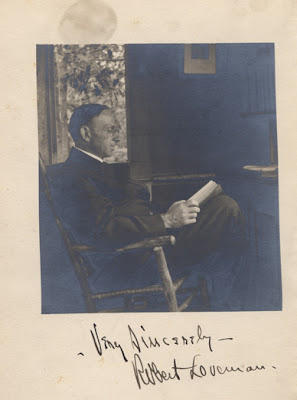 On Valentine’s Day, who better to talk about than a guy whose name screams all things romantic. A poet with a name like Loveman? You couldn’t make this stuff up.

And like so many who came before and after him, he arrived in Tuscaloosa to study at The University of Alabama. The year was 1888.

While living in Tuscaloosa, he resided with the Friedman family in their beautiful home on Greensboro Avenue, now known as the historic Battle-Friedman House. Bernard Friedman, one of the earliest Jewish settlers in Tuscaloosa, was in business with the Loveman family of New York and Dalton, Georgia. The Friedmans and Lovemans were also related through marriage. 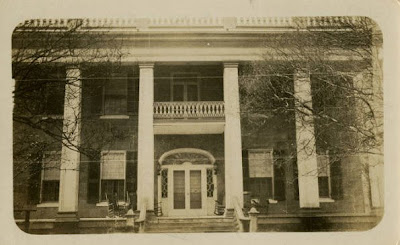 While Loveman’s time in Tuscaloosa was short, it was productive. It was during his years at The University of Alabama he wrote his famous “Rain Song” poem, inspired by the gardens surrounding the house. That poem later served as the inspiration for the famed Al Jolson song “April Showers.” 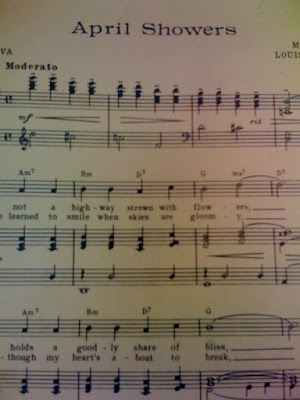 Loveman’s song “Georgia”, with music by Lollie Belle Wylie, was the official state song of Georgia before 1979 (when it was replaced by “Georgia on My Mind”). A biographical study by our namesake, William Stanley Hoole, It’s Raining Violets: The Life and Poetry of Robert Loveman, was published in 1981. The image of the sheet music above is from the Wade Hall Sheet Music Collections.

The Loveman materials featured here are a recent gift of Carole Wellington, the great granddaughter of a dear friend of Robert Loveman, Dr. Robert John Henderson. Dr. Henderson was a professor at the Georgia State Teachers College. Thank you, Ms. Wellington!

These items are a welcome addition to the Hoole Library collections on Loveman which include published materials and a manuscript collection. (Finding aid accessible at http://www.lib.ua.edu/content/findingaids/pdf/ms_0879.pdf) 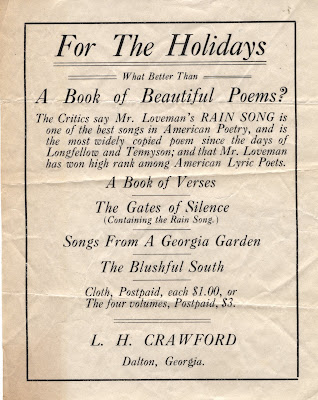 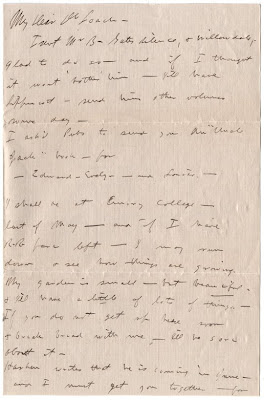 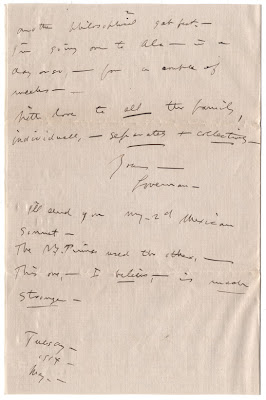 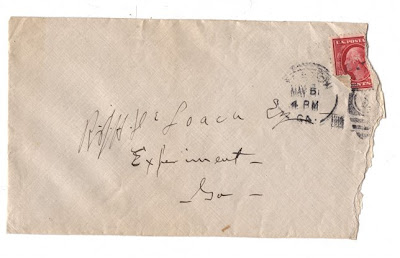 Letter and envelope from Mr. Loveman to his friend Mr. Loach. 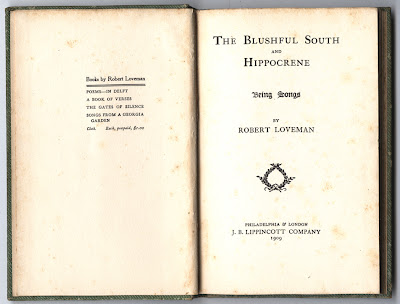 Here is the original recording by Al Jolson from 1921.

Here is an especially lovely version of April Showers by none other than the Velvet Fog himself, Mel Torme.

The Loveman materials are featured in the exhibit, Campus meets Town meets all Around: Glimpses at Tuscaloosa’s Jewish Community from the Hoole Library Collections held in conjunction with the 7th Annual Jewish Cultural Festival, held each year in Tuscaloosa. The exhibit is in the lobby of the Hoole Library, and features interesting information about the Jewish community — on campus and in the city itself dating from the 1860s to the present. Here’s to Loveman and to Love!