Posted on October 22, 2010 by
This entry was posted in Jessica Lacher-Feldman, Manuscript Collections. Bookmark the permalink. 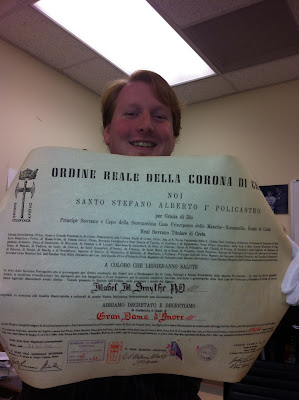 Mabel Smythe-Haith, a native of Montgomery, Alabama, was a brilliant student – leaving home to study at Spellman College in Atlanta at the age of fifteen. She left Spellman in her senior year, graduating from Mount Holyoke College. She went on to receive a Master’s degree in Economics from Northwestern and a PhD from University of Wisconsin.

Dr. Smythe-Haith was married to Hugh H. Smythe while he was an ambassador to Syria from 1965-1967 and ambassador to Malta 1967-1969. President Johnson appointed her the US envoy to UNESCO in Paris, France, in 1964. She was the U.S. ambassador to the United Republic of Cameroon concurrently with the Republic of Equatorial Guinea from 1977-1980. She worked with Thurgood Marshall on the preparations for Brown v. Board of Education. After a distinguished career as a U.S. ambassador and civil rights advocate, Ms. Smythe-Haith served as Melville J. Herskovits Professor for African Studies at Northwestern. Additionally, she was awarded two honorary law degrees and other academic honors. She later worked as deputy assistant secretary of state for African affairs until 2000.She passed away in Tuscaloosa in 2006. There are additional papers at the Library of Congress, and the Mabel Smythe-Haith papers at the Hoole Library will be open to researchers shortly. Stay tuned!

This entry was posted in Jessica Lacher-Feldman, Manuscript Collections. Bookmark the permalink.