Posted on March 31, 2011 by
This entry was posted in France, Jessica Lacher-Feldman, Photograph Collections, Wade Hall Collection. Bookmark the permalink. 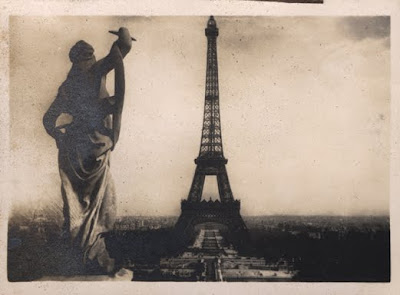 It was 122 years ago this week, on March 31, 1889, that the Eiffel Tower is dedicated in Paris in a ceremony presided over by the tower’s designer, Gustave Eiffel. Among the dignitaries were the French Prime Minister Pierre Tirard and over 200 construction workers — the men who risked their lives to build the tower. 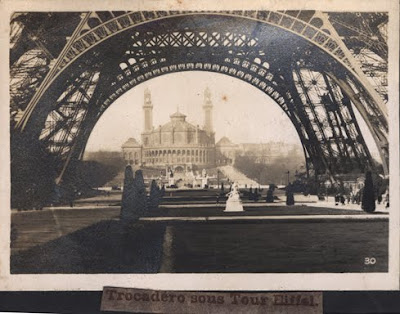 These two images of the Eiffel Tower are from a photo album/scrap book belonging to Dr. Herman and Mattie Hesse. The album contains picture postcards and photographs from the Hesses’ trip to Europe aboard the S.S. Berlin in the summer of 1930. These souvenir cards are typical of the items sold near the tower. This photo album is part of the W.S. Hoole Special Collections Library’s extensive photograph collections. While the name may sound familiar, it is not the same (Nobel Prize-winning) Hermann Hesse of Siddhartha and Steppenwolf fame! 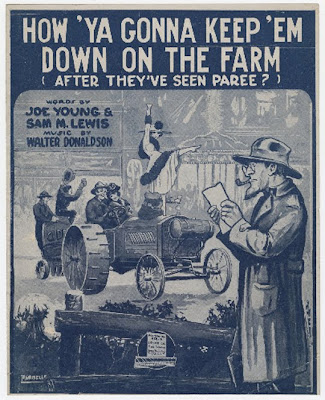 The remarkable landmark structure of the Eiffel Tower plays a role in the mystique and draw of Paris as the ultimate destination — signifying decadence, exoticism, and elegance among other things.

Sheet music from the Wade Hall Sheet Music Collection offers incredible insight into the sounds of eras gone by. The piece featured above is housed in the Hoole Library, and is included in our rich digital collections — the piece is available here: http://acumen.lib.ua.edu/u0004_0000002_0001605

This World War I era hit, How Ya Gonna Keep ’em Down on the Farm (After they’ve seen Paree) really says it all. Paris at the end of the first World War and in the 1920s was in stark contrast to rural life in America.

This wartime hit continued to be sung and performed and remained popular through the 1930s and 1940s. It was performed in the World War II era classic film, For Me and My Gal, by none other than Judy Garland!