The greatest Thing Since Sliced Bread? Alabama Football of Course!

Posted on September 11, 2012 by
This entry was posted in Jessica Lacher-Feldman, UA Athletics, University Archives. Bookmark the permalink. 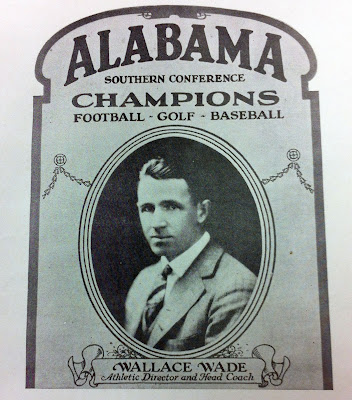 This bread-shaped gem is a detail of the official Alabama vs. Sewanee football game, held at Rickwood Field in Birmingham, Alabama on October 17, 1925. This item is from our extensive collection of University of Alabama published  materials, ranging from course catalogs and yearbooks and everything in between, including an extensive collection of University of Alabama football programs. 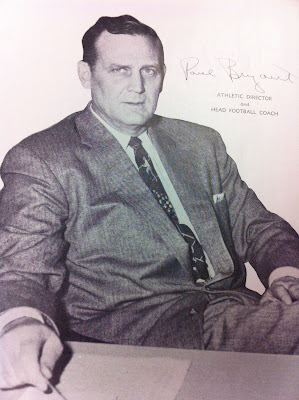 The detail here is from the November 14, 1959 game against Georgia Tech, which was played at Legion Field, also in Birmingham.

What is the significance of these two teams together?  Well, we used to play Sewanee and Georgia Tech all the time, and in fact, our fight song, Yea Alabama, features the first line that says, “Let the Sewanee Tiger scratch, Let the Yellow Jacket sting!”  And while we don’t sing those lyrics anymore, but start with a rousing “Yea Alabama! Drown ’em Tide!”, it’s true that the first references in the song are to two schools we just don’t play anymore.  A fitting blog post today, what would have been Coach Paul Bryant’s 99th birthday!  Roll Tide Roll!

One Response to The greatest Thing Since Sliced Bread? Alabama Football of Course!