Posted on November 30, 2012 by
This entry was posted in Jessica Lacher-Feldman, Publishers' Bindings Online and tagged Mark Twain. Bookmark the permalink. 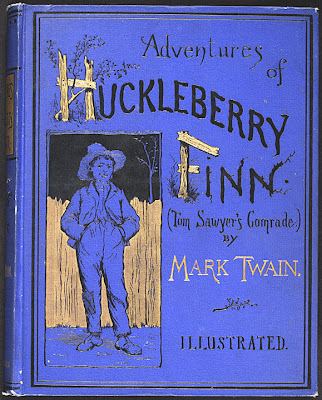 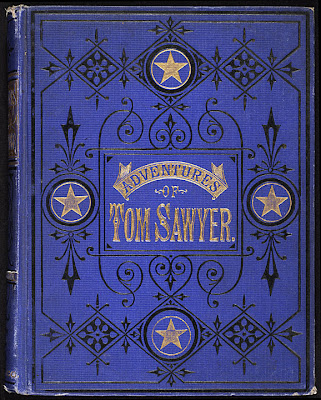 He was born on November 30, 1835, just as Haley’s Comet passed in the night sky. Samuel Langhorne Clemens, better known as Mark Twain, is a true American literary icon, and widely read today just as he was 100 years ago.

These two beautiful blue books are excellent example’s of 19th century editions of two of Twain’s most beloved and widely read classics, The Adventures of Tom Sawyer (published in 1891 by the American Publishing Company in Hartford, CT) and The Adventures of Huckleberry Finn (First American edition, 1885, published by Charles L. Webster and Company, New York).  Both of these books are housed in the W.S. Hoole Special Collections Library and were featured in Publishers’ Bindings Online, 1815-1930: The Art of Books, along with many, many other Twain titles. A gallery and essay on Twain is available on the site as well, that we so cleverly called “Son of a Comet, Star of the West: The Life and Literature of “Mark Twain”.