An Unlikely Antihero: Bernie Madoff at the Capstone

Posted on January 23, 2009 by Amy Chen
This entry was posted in Corolla, Jessica Lacher-Feldman. Bookmark the permalink. 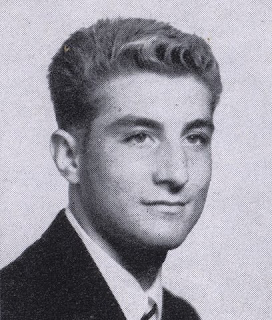 And where was he in school, you ask? He was in fact at The University of Alabama, where he spent his freshman year, 1956-57. He transferred after that year.

As referenced in the previous post, Jewish students (and non-Jews as well) came to the Capstone from the Northeast and other parts of the country in the first decades of the 20th century. This continued well into the 1950s and beyond. Of course today we have students from all over Alabama, across the United States and indeed and all over the world — The University of Alabama brings the best and brightest to our continually growing and eternally beautiful campus.

And though we do not know why specifically Mr. Madoff made Alabama his choice, it would be very interesting to ask him. But I think he’s a little bit busy with other matters right now.

But he was here, just for that year. Here are some images from the 1957 Corolla to prove it — 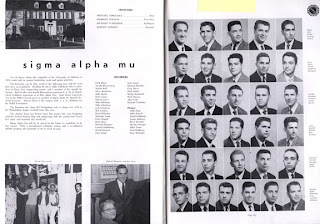 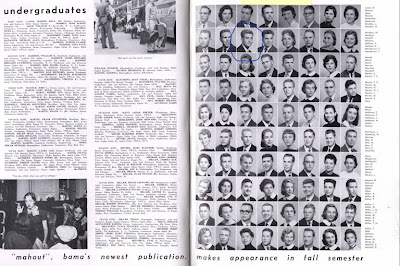 Detail from the Undergraduates page with his listing

This entry was posted in Corolla, Jessica Lacher-Feldman. Bookmark the permalink.

One Response to An Unlikely Antihero: Bernie Madoff at the Capstone