Posted on January 23, 2009 by
This entry was posted in Corolla, Jessica Lacher-Feldman, Wade Hall Collection. Bookmark the permalink. 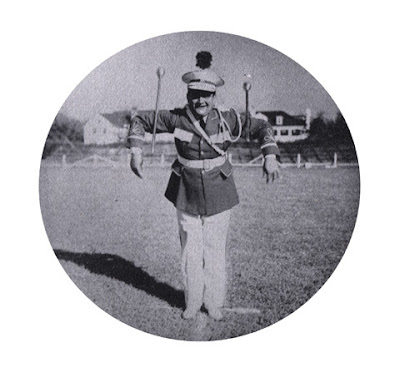 The University of Alabama in the 1930s was home to a significant population of Jewish students, both from around the state of Alabama, and from other parts of the U.S., particularly the Northeast.Then UA President, Dr. George Denny was very skilled at bringing in students and much needed funds during this period.He recruited actively in Northern newspapers, publicizing the opportunities for a fine education at The University of Alabama at a time when Northern schools had quotas as to how many Jewish students they would admit. 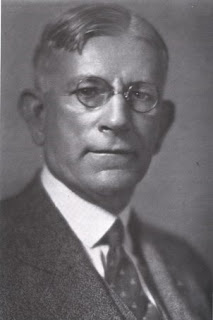 Such was the case for a young man named Irving Berlin Kahn.Kahn came to UA from New Jersey on a scholarship as a drum major, and led the Million Dollar Band in the 1938 Rose Bowl. Kahn graduated in 1939 with a degree in Business Administration, and went on to a lucrative if somewhat tainted career in the cable industry.He was best known for founding and developing TelePrompTer, the company that developed automatic cue cards for actors and anchormen. Under Kahn’s leadership, TelePrompTer became one of the largest cable companies in the country.And if you are wondering about his name – yes, his Uncle was THE Irving Berlin! And it is worth mentioning that in Jewish tradition, children are not named after living relatives. Perhaps the Kahns found an exception with Mr. Berlin’s namesake. Irving Berlin lived to be 101 years old and died in 1989. 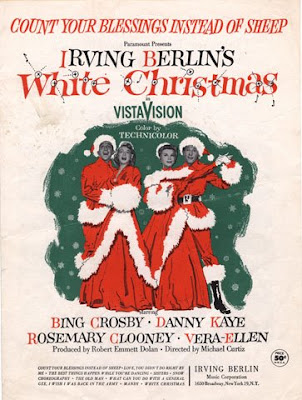 Captain of the 1937 football team and All-American guard, Leroy Monskyled the Crimson Tide through an undefeated season, but finally lost to the California Golden Bears in the 1938 Rose Bowl.A native of Montgomery, he was All-State, All-Southern and All-American in football at Sidney Lanier High School. At The University of Alabama he was consensus All- Southeastern as a junior and was All-American as a senior. Frank Thomas and Hank Crisp rated Leroy the “smartest and best guard we ever coached.” And while there aren’t an overwelming number of Jewish football heroes, they certainly do exist — and Leroy Monsky certainly was one of them! 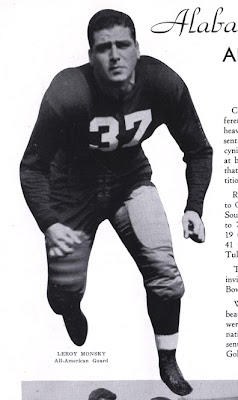 A little postscript — a tribute to Irving Berlin (with Bernadette Peters and Peter Allen) from the 1982 Oscars, which were hosted by Richard Prior. If you think aren’t familiar with Irving Berlin’s work, take a listen — he wrote sooooo many songs, including God Bless America, Easter Parade, and White Christmas.

Irving Berlin (May 11, 1888 – September 22, 1989) was a Jewish American composer and lyricist and one of the most prolific American songwriters in history. Berlin was one of the few songwriters who wrote both lyrics and music for his songs. He composed over 3,000 songs, seventeen film scores and twenty-one Broadway scores in his 101 years on the planet — a planet that would have been a very different place without him.

One Response to Two Unlikely Rose Bowl Heroes (in 1938, that is)