Veterans in our Collections: William March and Many More

Posted on November 11, 2011 by
This entry was posted in Jessica Lacher-Feldman and tagged William March Campbell. Bookmark the permalink. 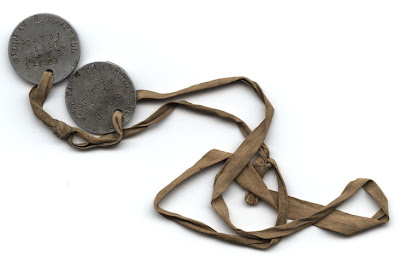 William March saw action in World War I, and received the French CroixdeGuerre, the American Distinguished Service Cross and the Navy Cross for his service. March went on to write several novels and short stories, his first being Company K (1933, Smith and Haas), first serialized in Forum magazine from 1930-1932. Company K is a series of 113 vignettes that capture the individual experiences of the men of a fictional company in World War I. Its brutal and frank portrayal of the war experience has made it one of the most significant literary representations of the Great War. 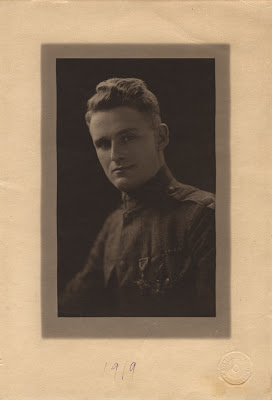 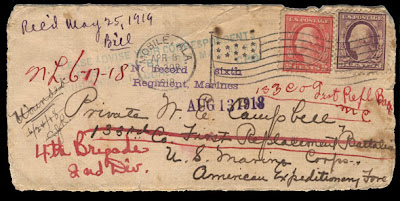 A well-traveled envelope sent to William March while he served in WWI, 1918. The W.S. Hoole Special Collections Library holds significant materials that illustrate the daily life and experiences of the men and women of the United States Armed Services in the 19th and 20th centuries. Some of the collections are of well-known future authors such as William March and William Bradford Huie (who participated in D-Day and served as an aide to Vice Admiral Ben Moreell of the renowned Seabees), and still many more are of regular men and women who served their country both overseas and on the homefront.

Photographs, letters, diaries, scrapbooks and other personal materials are important tools in researching and understanding this important aspect of our history and culture.

For more information about our holdings relating to American servicemen and women, please contact us!

This entry was posted in Jessica Lacher-Feldman and tagged William March Campbell. Bookmark the permalink.