Congratulations are in order for Markus Zusak, winner of the 2014 Margaret A. Edwards Award. The Edwards Award is for “significant and lasting contribution to young adult literature.” His books I Am the Messenger, The Book Thief, Fighting Ruben Wolfe, and Getting the Girl are honored specifically by this award. The prize will be awarded this summer at the 2014 ALA Annual Conference. For more information, you can read about it here:

The Book Thief, Fighting Ruben Wolfe, and I Am the Messenger can all be found at McLure in the Education School Library downstairs. Spring break is right around the corner. Whether you’re going on a trip or planning a staycation, we’ve got plenty of books you’ll want to have on hand. Any of these would be great for reading on the beach. However, if you’re staying a little closer to home, never fear! Save money by traveling via book. All of these reads feature trips you can enjoy without leaving the comfort of your couch.

“After the death of her father, Amy, a high school student, and Roger, a college freshman, set out on a carefully planned road trip from California to Connecticut, but wind up taking many detours, forcing Amy to face her worst fears and come to terms with her grief and guilt.”

“One month before graduating from his Central Florida high school, Quentin “Q” Jacobsen basks in the predictable boringness of his life until the beautiful and exciting Margo Roth Spiegelman, Q’s neighbor and classmate, takes him on a midnight adventure and then mysteriously disappears.”

“In an attempt to find a cure after being diagnosed with Creutzfeldt-Jakob’s (aka mad cow) disease, Cameron Smith, a disaffected sixteen-year-old boy, sets off on a road trip with a death-obsessed video gaming dwarf he meets in the hospital.”

The Name of the Star by Maureen Johnson

“Rory, of Bénouville, Louisiana, is spending a year at a London boarding school when she witnesses a murder by a Jack the Ripper copycat and becomes involved with the very unusual investigation.”

The Sisterhood of the Traveling Pants by Ann Brashares

“During their first summer apart, four teenage girls, best friends since earliest childhood, stay in touch through a shared pair of secondhand jeans that magically adapts to each of their figures and affects their attitudes to their different summer experiences.”

Best of all, each of these books can be found at McLure library. But if you’re planning to leave town, be sure to come ahead of time, as we will close at 5 pm on Friday and won’t open again until Monday morning, March 24th.

What are you reading during spring break?

With spring approaching, it’s time for many education majors to start thinking about the Praxis. Praxis testing has begun already at The University of Alabama, and the testing window for April has been expanded to accommodate the high demand. McLure is here to help as you prepare for the exam.

The Praxis is a series of tests for teaching certification. The Praxis I Pre-Professional Skills Test (PPST) covers reading, writing, and math. A passing score is generally required for entrance into a teacher education program and may also be necessary in some states in order to apply for a teaching license or certificate. The Praxis II assesses subject-specific knowledge and teaching skills. Necessary exams vary by discipline. Passing the Praxis II is usually a requirement for teacher certification. For more information about the Praxis, including test locations and dates, visit their official site at ETS – The Praxis Series.

For those taking the Praxis, McLure library has free study aids available. These resources are no longer kept as physical copies, but can be accessed online instead through Learning Express Library. A detailed guide on how to locate Praxis resources can be found on the library’s website. Look for “Praxis Practice Test” under the heading “Research Help” on the McLure library page or follow this link.

Reading is one of the first things we learn in school and for good reason. Education in almost any subject relies on the ability to read. Strong readers are much more likely to succeeding in future academic endeavors, whether it be a standardized test or a college diploma. This might seem obvious, but for further proof, look at articles like “Reading Can Make You Smarter!” by Anne Cunningham and Keith Stanovich.

So how do we create good readers?

In his book, The Read-Aloud Handbook, Jim Trelease advocates (as you might have guessed from the title) for more time spent on read alouds. Reading out loud to children is one of the best ways to improve their reading and listening skills, as well as foster a love of books. Throughout the book, which I would highly recommend reading, Trelease discusses the importance of reading and reading aloud. Additionally, he shares tips and techniques for reading to kids of all ages. The last section includes his “treasury” of books well suited to reading aloud, including a brief description and age range.

Here are a few suggestions of picture books good for reading aloud:

Where the Wild Things Are by Maurice Sendak (PZ7.S47 Wh)

Cloudy with a Chance of Meatballs by Judi Barrett; Illus. by Ron Barrett (PZ7.B2752 C)

These are just a few of my personal favorites, all of which are available here in the Education School Library downstairs. And don’t forget to browse through the oversized books, which are great for sharing with classes!

We’ve reached that hectic part of the semester where every professor is trying to cram in one last paper or test (or both!) before spring break. Once you’ve turned in the paper and aced the midterm, reward yourself. Identify your junk food of choice and watch that movie you’re dying to see.

There are several new movies based on books coming out in theatres and on DVD. If you’re a book loyalist, you’ll want to read these first. Maybe you loved the movie and have been inspired to read the original. Or you can’t wait for the sequel to find out what happens next. Either way, you’re in luck. Here are a few we have at the library.

The Book Thief by Markus Zusak 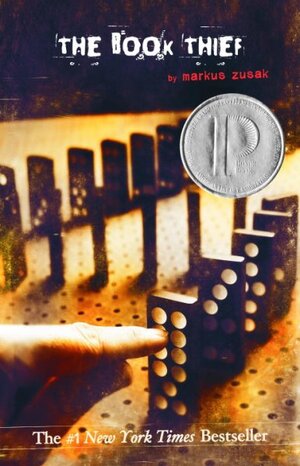 The Book Thief tells the story of Liesel Meminger, a young girl living in Germany during World War II, and her relationship with her new foster home and the written word. This deeply touching work of historical fiction deserves a read for numerous reasons, including Zusak’s hauntingly beautiful prose and masterful storytelling, along with the many intricacies lost in its translation to film.

The second book in Collins’ bestselling Hunger Games trilogy, Catching Fire has Katniss Everdeen at odds with the Capital again during the 75th Annual Hunger Games. The movie is worth a watch if you’re a fan of action, dystopia, or Jennifer Lawrence. Brush up on your knowledge with a re-read in preparation for the release of Mockingjay. Part one comes to cinemas this November. 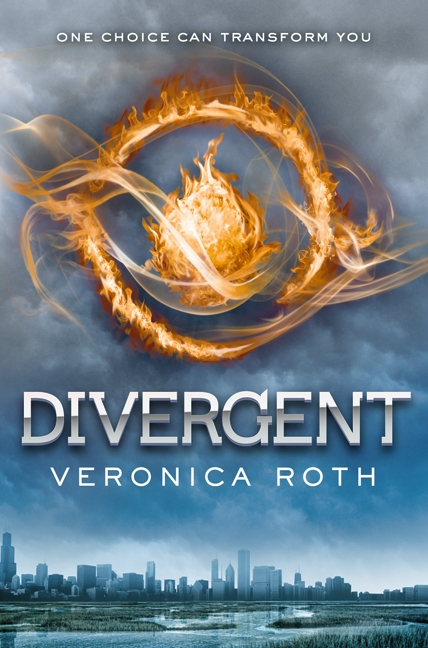 If you’re looking for the next big series, look no further. Divergent capitalizes on the dystopian trend with the story of Tris Prior, who lives in a futuristic version of Chicago where people are divided into “factions” based on their defining characteristic. Tris must decide between a life of selflessness with her family or embracing her inner bravery by starting a new life, and she finds out what happens to people who believe they can do both. Roth’s stunning conclusion to the trilogy, Allegiant, was released last fall, so fans of the books eagerly await as it comes to the big screen later this month.

The Hobbit by J.R.R. Tolkien 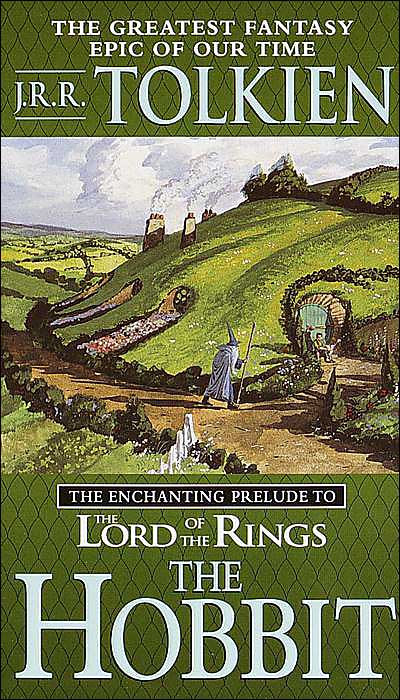 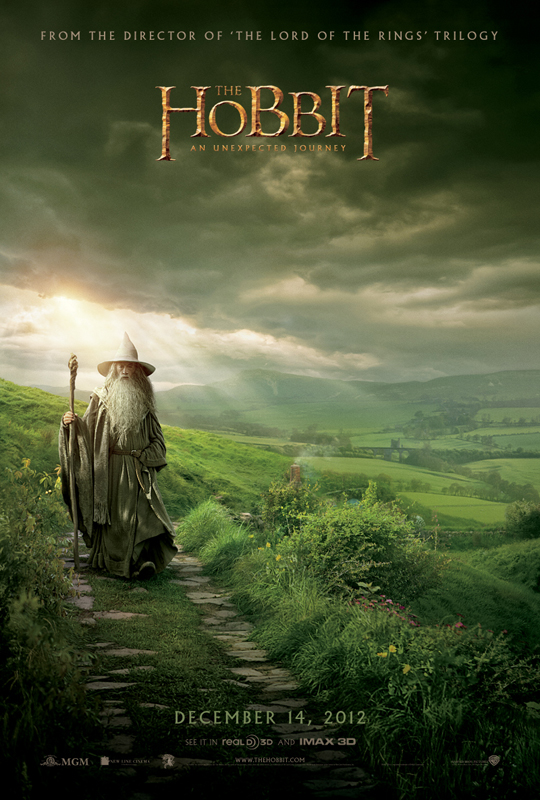 For fantasy enthusiasts, a read through of Tolkien’s work is always in order. This Lord of the Rings prequel is a perfect choice with the release of parts two and three of The Hobbit this year, on DVD and in theatres, respectively. And if The Hobbit is too easy, you can always check out The Silmarillion as well for even more knowledge about the Tolkien universe.

Good luck with your assignments, and don’t forget to borrow one of these books while you’re in the library studying!