The David Walker Lupton African American Cookbook Collection — So much more than recipes! 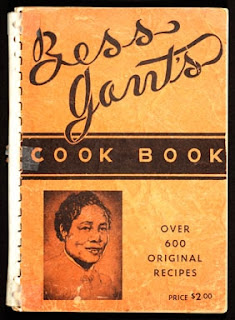 The University of Alabama Libraries holds one of the largest collections of African American cookbooks in the country – some 450 volumes (and growing!) covering the period from 1827, when the first book with recipes by an African American was published, through the year 2000. David W. Lupton, a distant cousin of former UA president Nathaniel Lupton (1871-1874), chose The University of Alabama as the ideal home for this collection, both geographically and institutionally. Mr. Lupton passed away in 2003, and his widow, Dorothy finalized arrangements for transferring the volumes in 2005. Mrs. Lupton, who resides in Oriental, North Carolina, recently stated, “David had a deep conviction that cookbooks compiled by individuals in America of African heritage needed to be identified and preserved.”

The David Walker Lupton African American Cookbook Collection strengthens the Hoole Special Collections Library’s holdings in African American history and culture. It is significant addition to the Libraries’ resources for many reasons — there are many rare and obscure books, many of them not widely published. The collection also allows for opportunities for creative research in food and ethnic identity, family and community life, social history, the roles of women and men, values, religion, and economics, as well as diet and nutrition, agriculture, and food history. 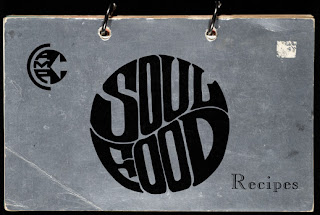 The beginnings of the soul food movement in 1960s are well documented and traced through the many subsequent volumes extolling dishes that can now be found in trendy restaurants around the country. Many of the cookbooks are community-based fund-raisers from churches, women’s clubs, and sororities. Such books can often be the most difficult to identify and locate because they usually do not receive wide publicity or distribution beyond their contributors.

Almost every title in the Lupton Collection suggests more than recipes: food is linked with music, humor, social satire (see the underground 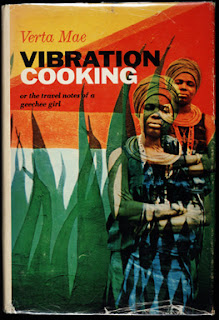 classic, Vibration Cooking, by Vertamae Grosvenor, published in 1970), cultural and religious celebrations (several Kwanzaa cookbooks, for example), and almost every other aspect of life. There are also several celebrity cookbooks — with such figures as Muhammad Ali, Johnny Mathis, Pearl Bailey, and Mahalia Jackson contributing to this collection.

“The Lupton Collection was avidly sought by more than one institution, and we are honored that the Lupton family has entrusted the result of David’s creative vision to us,” said Louis A. Pitschmann, Dean of Libraries. “We are eager to add to the Collection,” added Pitschmann, “and are hopeful that the arrival of this important gift will encourage people throughout Alabama and the Southeast to consider contributing their African American cookbooks and recipe collections to the Hoole Library.”

The collection was featured in the new book, Celebrating Research: Rare and Special Collections from the Membership of the Association of Research Libraries. It was also the topic of an interview with Jessica Lacher-Feldman on Join us at the Table on WKAT radio in Miami hosted by Nancy Ancrum and Robbie Bell.

2 Responses to The David Walker Lupton African American Cookbook Collection — So much more than recipes!